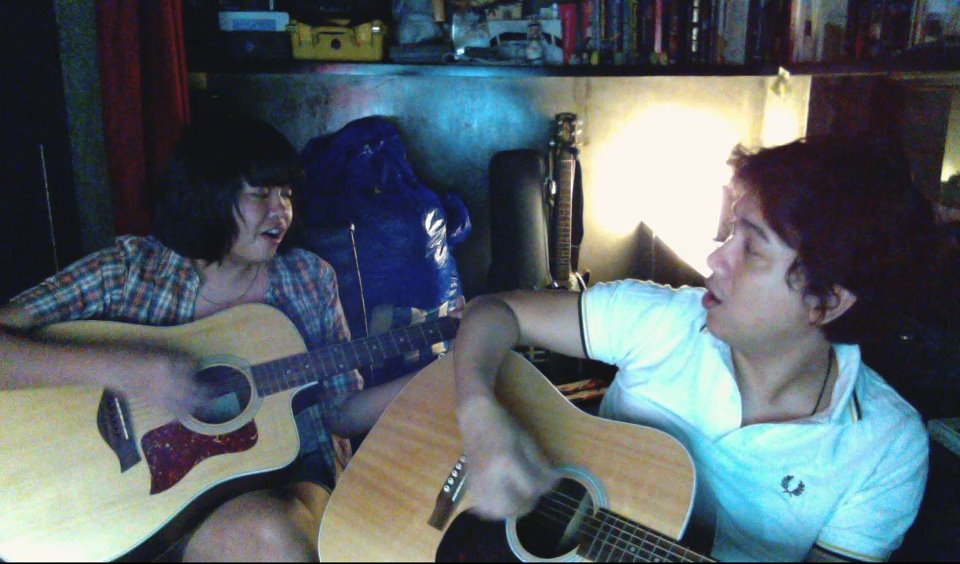 I’ve been a fan of the Eraserheads ever since they released their first album and even though it’s been years since they’ve gone their separate ways and continued to create music with their equally talented bands, I still love listening to their songs. I’ll forever appreciate the old and new music that Ely, Raimund, Buddy, and Marcus would come up with.

Anyway, one day while I was on my way to Quezon City, I just thought of sending a tweet to Ely Buendia. I don’t really know what came over me. Maybe it was because of the traffic that I got bored or maybe it was because I really would like to sing with him at least before I die. So, I sent him this message:

And finally, he said:

After that, via direct message, I sent him two songs that I wanted him to choose from. They were “Two of Us” by The Beatles and “Tonight You Belong to Me.” I can tell that he instantly liked the latter because he replied by tweeting me a few lines from the song, but he said that we can also do “Two of Us” if I wanted to, to which I said “of course!” It’s a good thing that nobody knew me inside the van because I looked like a lunatic smiling while looking at my phone. So that was it, I’m singing with an Eraserhead. So now the next move would be thinking when will this ever going to happen or is it ever going to happen? I wasn’t sure how busy Ely was, but I know he’s always doing something. And then I found out that he had a gig with his band The Oktaves at 70’s Bistro, so I went to the show to check them out. Ely and I spoke briefly, and I was surprised that he mentioned the Cover Collab, the name of the series of cover projects that I will doing with him and my other musician friends. He suggested that since it’s a holiday on Monday (Jan 23…Chinese New Year!) might as well do it on that day, and with not much thinking, I said yes. Oh, before I go on with the story, here’s a video of The Oktaves performing “La Paloma.”

I’ve been practicing the two songs that we decided to play and at first, I thought of bringing my ukulele for “Tonight You Belong to Me” but changed my mind the last minute. Monday came, and I was off to Ely’s place. I suggested that we meet at 1pm but he said that it was too early and that we should meet at 5pm (the “Golden Hour” he says) instead. I’ve never been to Ely’s place, but I already saw it in a magazine once and it’s better looking in real life. We hung out first on his roof deck. He brought his two acoustic guitars and we practiced and jammed a few songs (e.i. “More than Words,” “Under the Bridge,” “Elesi” etc.). We talked about a lot of things, interesting things, but most of them are not blog worthy for reasons that I might get into a bit of a pickle. 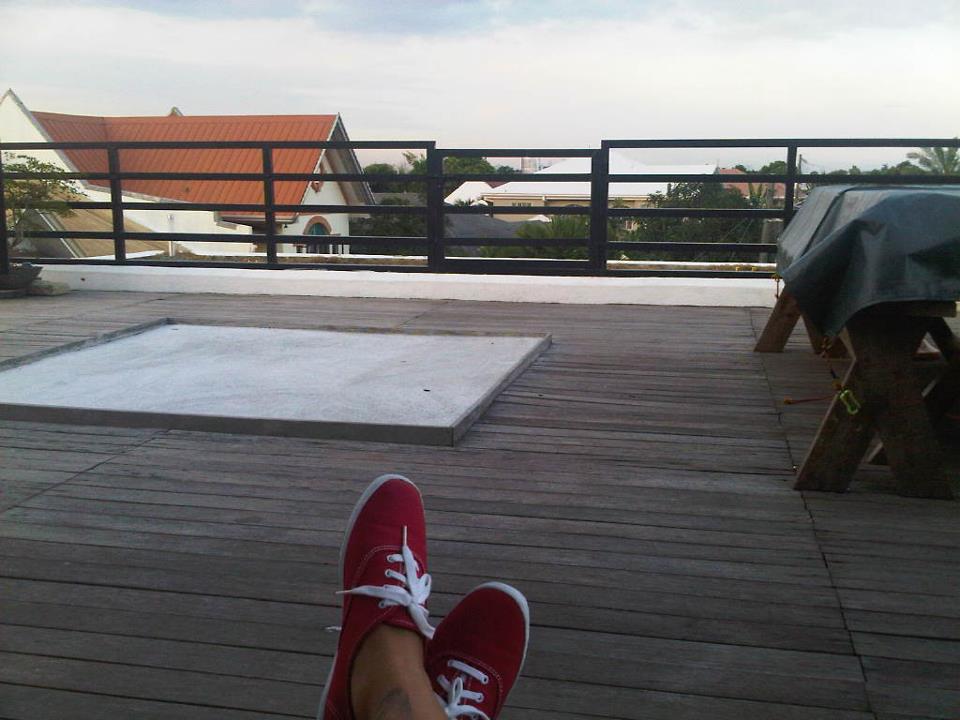 Hanging out on Ely’s deck

He asked me why I asked him to sing with me and what brought this idea. I don’t remember exactly what I said but I think that I told him that I just wanted to do it, that I’m a bit bored and why not? All my reasons were stupid since I really don’t have something more valid but basically, I just took a chance, there’s no harm in taking chances. Even though we’ve known each other for years, he could have still said “no.” I’d feel sad but only for a little bit, but eventually I would understand. The thing is though, he didn’t so it was a WIN for me. I got curious and asked him why he said “yes” to my offer immediately. He replied by saying “I’m bored too” and laughed and he said that he loved my song choices because they were two of his favorites and went on by saying “kaya sino ang makakahindi dun, di ba?” So here are the songs that we covered. That day was epic and extremely unforgettable. The kind of thing that you would want to (humbly) brag about. I sang with an Eraserhead! I sang with a music icon! I FUCKING SANG WITH ELY BUENDIA! And it was awesome!