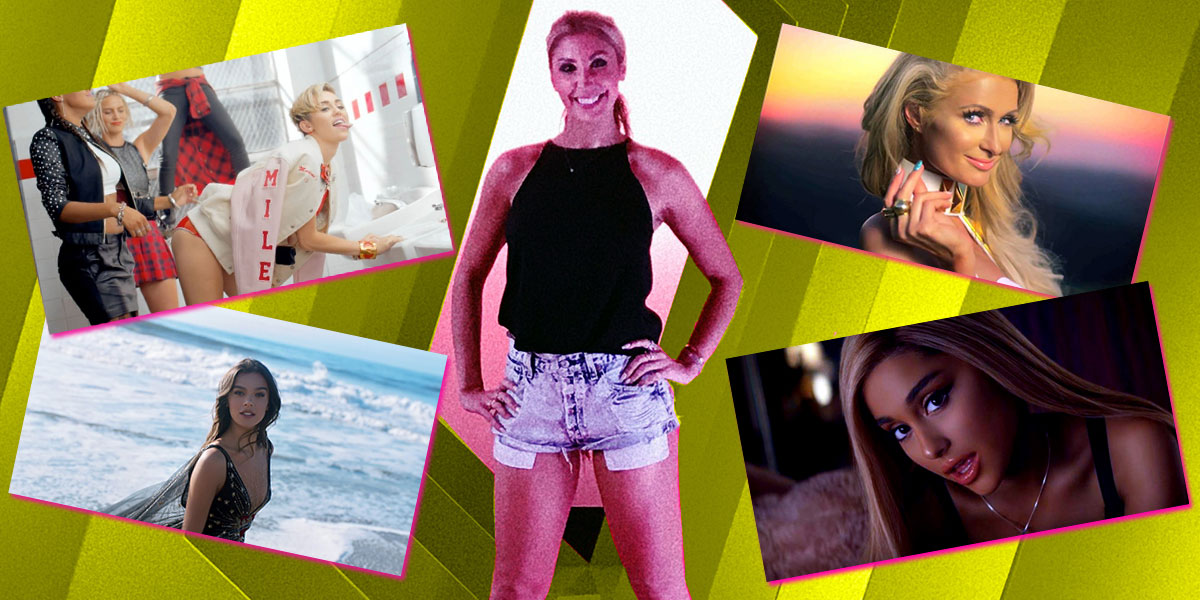 Crisp and clear. These are just two words to describe the creations of music video director Hannah Lux Davis. Billboard.com described her to be “one of the most in-demand music video directors,” and no one would object to that. Working with the likes of Nicki Minaj, Ciara, Ariana Grande, Drake, Jessie J, Miley Cyrus, and Snoop Dogg, just to name a few, she’s obviously on a roll. She has always loved music videos as she grew up watching MTV and TRL during her adolescent years, wherein acts like Britney Spears, Christina Aguilera, Avril Lavigne, Nirvana, Soundgarden, Blink-182, Madonna, *NSYNC, Bjork, Backstreet Boys, and Marilyn Manson reigned. “It’s quite funny how obsessed I am with music videos, still to this day. Making videos is kind of like a dream come true,” admits Hannah.

“23” by Mike Will Made It featuring Miley Cyrus

“23” by Mike Will Made It featuring Miley Cyrus

For her, moving from Seattle to Los Angeles was a no-brainer, since she has been fascinated about the idea of making movies and Hollywood for as long as she can remember. When Hannah was still a kid, she had this vision of LA as the beacon of unconventional creativity that’s untouchable, and where most intriguingly talented individuals flock. “Even to this day, after living in LA for almost 12 years, I admit that I get a little giddy when I see the Hollywood sign from a distance,” she shares. 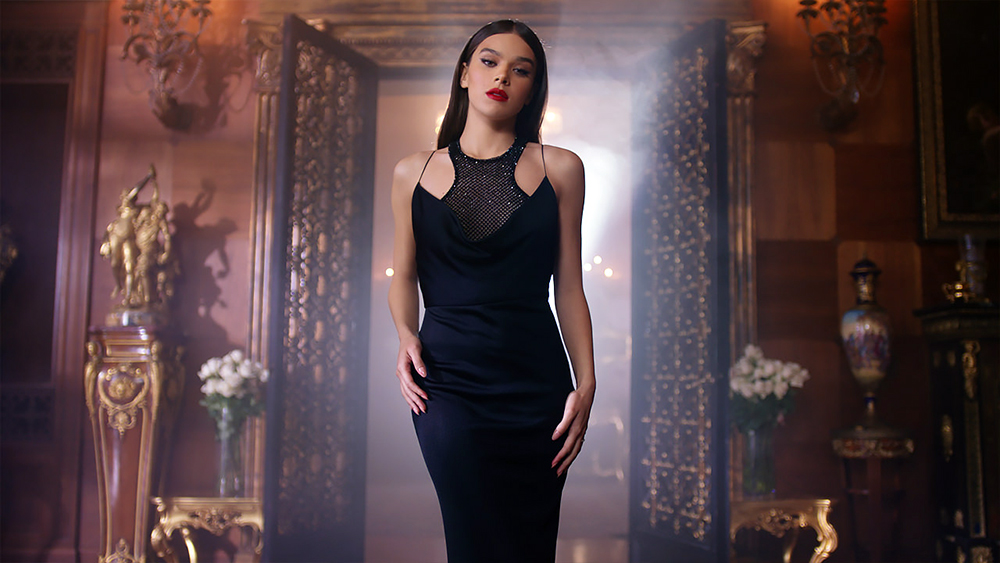 Other than directing music videos, Hannah is also a makeup artist, an editor, and a photographer, all of which allow her creative juices flowing. “Doing makeup on shoots allowed me to be on set as part of the creative, which lets me take in the vibes of how crews work together, and how ideas come together. As an editor, it gave me even more practice and a more intimate look into the process. I got to see what worked and what didn’t when covering a performance or telling a story, and it showed me what I wished I had more of to make the edit work better,” shares Hannah. Currently, Hannah enjoys the entire process of creating a music video, from listening to the song, conceptualizing, shooting, and editing it as well as being challenged on how to make an idea come to life in awesome vivid colors.

You’ve worked with a lot of known artists and you have a way of getting their best side. How do you get them to work well with you and the other artists they’re on set with?

Thank you, that’s a huge compliment and something I strive for. I think the biggest thing, no matter the concept of the video, is that the artist should have fun and feel confident. If the artist feels great, they will naturally light up the frame. Creating an emotionally safe set so they can do their best work is something I always aim for. I take pride in my eye for style and glam, but it all starts with an artist who feels good on the inside.

How do you make sure that the story is told through the medium you’re using?

I try to create videos that are specific to the song and make the video for the artist. That means finding out where they feel they’re at in their life or career and expanding on their brand. Working with Ariana [Grande] for the music video of “Love Me Harder,” she wanted to feel sexy and matured, so we created a platform for her to do just that. Playing with metaphors and emotive cues from the track was exciting, and I always push to create more than just flashy setups. I aim to create something for the viewer to hold onto—a feeling you’re left with after watching it. It’s fun to shape and mold an artist’s path with them. I like to be as collaborative with them as possible. In my opinion, the more the artist can connect to the concept, the truer it will be, and the more successful and long-lasting the outcome. It’s all super challenging yet invigorating. 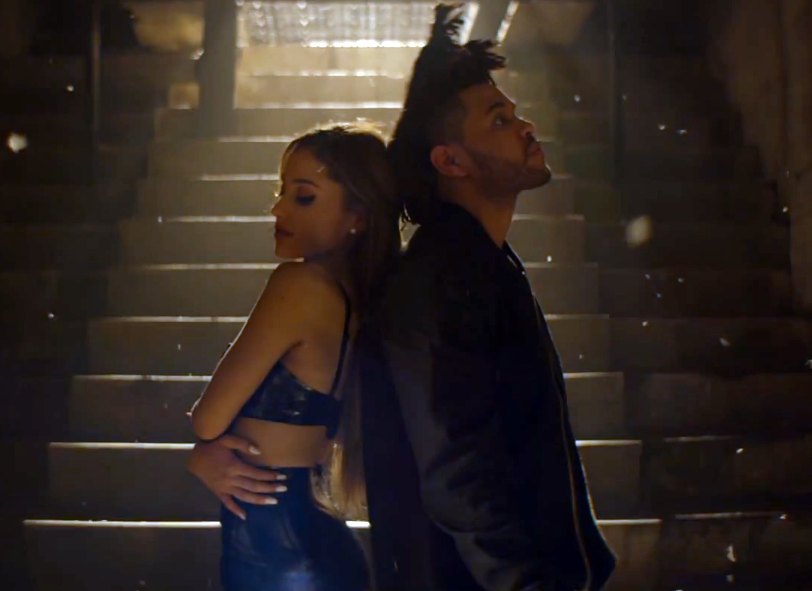 “Love Me Harder” by Ariana Grande + The Weeknd

Your work is basically a collaboration of the people in front of and behind the camera. How do you make a productive collaboration?

That’s exactly right—it’s a collaboration! I like to do a massive amount of preparation for all my jobs to get a firm grip on what I’m after, but I also leave room for the collaboration process. I welcome it. You have to be flexible, especially in music videos. I like to work with people who push me and challenge me to be better. Respectful of my vision, yes, but as a director, you’re only as good as the talent around you, both in front and behind the camera. It’s not a one-man (or woman) show. All of the departments rely on the director to communicate their vision of the project. With every job I learn an important lesson, but the biggest lessons learned are almost always about communication.

The world of music videos seems to be led mostly by men. How do you feel about being one of the few female directors who were able to break through that barrier?

I don’t think about it, really. I tend to forget that people take that into account. Thinking about it now, it’s probably a lot tougher to be a male in the industry because there are so many. As a female, I think my approach tends to be a little different than most male directors. I concentrate on different details and my preparation is admittedly a little overboard. I’m really only speaking from what I know and have experienced myself, but perhaps there aren’t as many female directors because it can be an extremely emotionally draining job. As women, we tend to be a bit more sensitive, so it takes having a thick skin and learning to cope with everything that comes with the job. Filmmaking is a very passionate process, and without emotion there is no passion, so it really is a balancing act.

“Only” by Nicki Minag featuring Drake and Lil Wayne

“Thank you, Next” by Ariana Grande

Having done so many projects, what do you still intend to achieve in the future?

I feel like I’m still quite new to the music video world, so there’s still a ton I want to do in this field. There are some artists I’m still dying to work with—Katy Perry, Taylor Swift, and Selena Gomez, to name a few. I’m super anxious to move into both the narrative and commercial worlds. I’m developing a few projects now, which could be amazing. Next up on my docket is a short film. So writers, get at me!