Not a lot of 12-year-olds spend their day like how actor Noah Schnapp would normally spend his. His life is now a mix of his definition of normal and crazy. Starting his day with breakfast and a photo shoot perfectly contrasts his summer trip to Camp Echo Lake, wherein he got to spend time with his friends for seven weeks before starting a good amount of promo, advertisement, and photo shoot requirements. Everything suddenly turned out to be a bit of a whirlwind for Noah when Netflix’s original sci-fi hit Stranger Things aired, where he plays Will Byers, the kid who was lost and eventually found; although when he was saved from the Upside Down, something wasn’t quite right.

Noah caught the acting bug when he saw Annie on Broadway. “I remember watching the show and I really loved it. When I saw the main character on Broadway acting on stage, I really felt like I wanted to be on that stage. I wanted to be in front of the audience and not be one of the audience,” Noah recalls. At 7 years old, he took acting classes mainly for fun; however, as he progressed, he grew to love what he was doing and realized that he could actually make a career out of it. “My teacher recommended that I try getting into the acting industry—that’s when I started auditioning for several roles,” shares Noah. Two years ago, he landed the role as the voice of Charlie Brown in The Peanuts Movie, which he thought was an enjoyable thing to do. “I think it’s awesome when you’re voicing a cartoon character because you get to work one-on-one in a small booth with a director. He’s right there in front of you the whole time, guiding you while you’re saying your lines, which you can do as many times as you want until you get it right. You can be crazy and take a lot of roles,” he says. 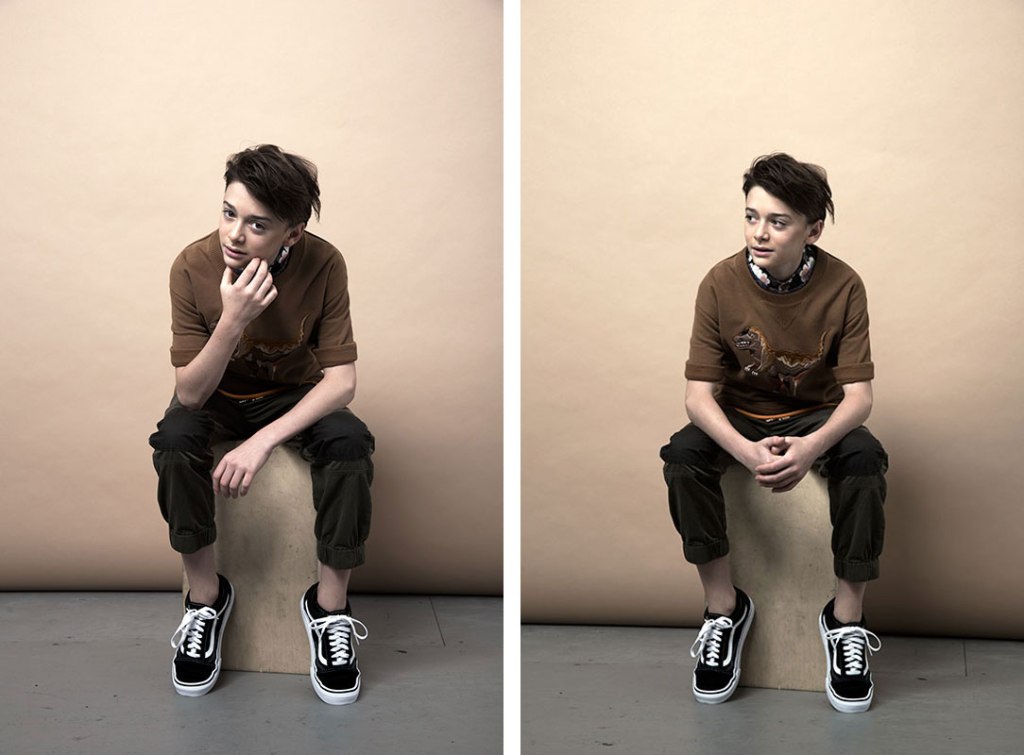 Next came what threw Noah in together with a bunch of kids to become some of the brightest pop culture stars of the moment. He reminisces how he met some of the casts of Stranger Things two and a half years ago. “I met them one after the other in different places. I met Caleb [McLaughlin] in LA for the first time, and I met all the other kids on set one by one. Everyone flew in on different days. We all didn’t know each other and we just knew that we were making this small show for one season. And we would shoot like forever; we were together, seeing each other every single day, and we just formed a close bond.” He continues, “We have a group chat, we do sleepovers, and talk to each other all the time.” In between shooting the show, Noah has done a lot of TV guestings and award show appearances with his Stranger Things co-stars and was also featured in Panic! at the Disco’s music video for their song “LA Devotee.” It’s all happening for Noah, but the kid is eager to remain an ordinary kid though living in his newly found strange and crazy life.

What is it about acting that you like the most?
My favorite part about acting is I can be someone totally different and transform into another character. I get to try out this whole new world and time, and I find that really cool. I’m a normal kid but I can play someone who has a disability, who’s being abused, or who’s from another era.

“My favorite part about acting is I can be someone totally different and transform into another character.”

How do still keep normalcy in your life despite the fact that Stranger Things is such a huge hit?
It’s been crazy because when the show came out, I was in summer camp. We don’t have technology when we’re in camp so when I came out of camp, I realized that it turned out to be a big show, that I have all these followers on Instagram, and that I have people coming up to me on the streets. It’s really just my parents who are keeping me grounded and I still go to a normal school, keep a normal life, and just try to be as normal of a kid as possible.

What’s the best part of being in Stranger Things?
My favorite part about being in the show is that I get to be around a bunch of kids, and that we can play and just have fun while we shoot.

How will your character evolve in the second season without telling us too much?
In the second season, Will definitely has a larger role and he’ll be part of every character’s storyline. They will show how the aftermath of Will coming out from the Upside Down affected him. He will have a lot of emotionally-challenging scenes.

Is there anything that you and Will have in common?
Will is very close to his brother and they do a lot of things together, and I have a twin sister named Chloe and we’re very close to each other too. I can relate whenever his brother would help him when things don’t go well.

“[The series] will show how the aftermath of will coming out from the upside down affected him. He will have a lot of emotionally-challenging scenes.”

What’s the craziest fan theory about Stranger Things that you’ve seen online?
I think there’s this video that I saw on YouTube that someone said Hopper and Joyce would get together. I love it when people make couple theories like who would marry who or who would get together, I just find it very funny.

With the success of everything that you’ve been doing career-wise, what major changes did it bring to your life?
I started the show two and a half years ago and didn’t know a lot. And just growing up in the show together with such amazing people like Winona Ryder, David Harbour, and the Duffer brothers, I get to learn new tips and tricks at a very young age. 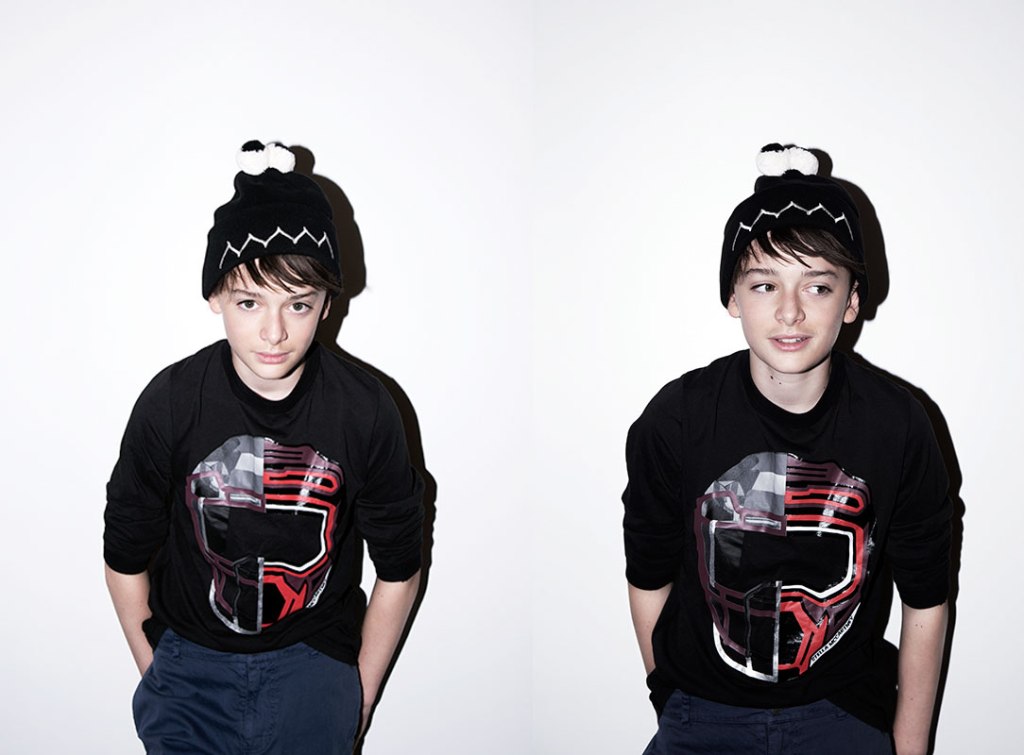 “Growing up in the show together with such amazing people like Winona Ryder, David Harbour, and the Duffer Brothers, I get to learn new tips and tricks at a very young age.”