“In my defense, all my intentions were good.” That’s the first line from the rock n’ roll ballad “For What It’s Worth” that Liam Gallagher just released. A song that is very telling of someone who’s sincerely apologetic and somewhat regretful. Could it be that the rockstar has mellowed down? “I don’t regret too much though,” says the 45-year-old singer who’s known for his commanding prowess on and off stage plus larger-than-life persona. He continues, “There are a few people that I would like to apologize to along the way and this song is certainly not just for one person. It’s not really about Noel either, what would I apologize to him for? It’s for a lot of people, like to my kids that I might let down along the way.” 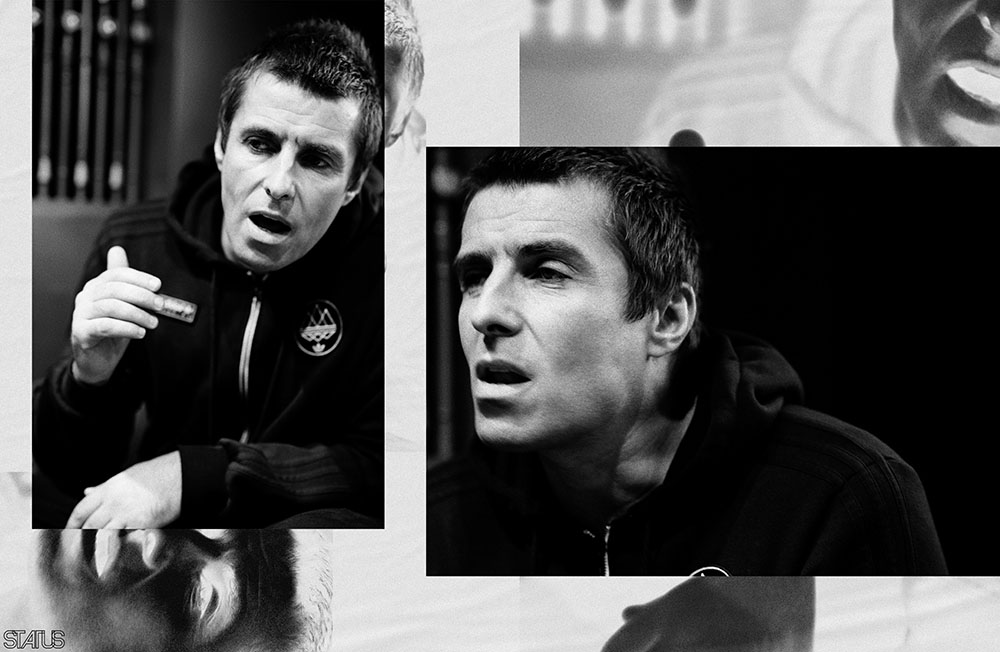 The Manchester-bred vocalist is known for his slight notoriety and in all his media interviews, it would never be complete without his bullet-like cursing and his snarky remarks on everyone, especially his older brother Noel, his ex-bandmate and principal songwriter of Oasis. When Noel left Oasis due to extreme irreconcilable differences with Liam, the latter went on to front Beady Eye with ex-Oasis members Andy Bell, Gem Archer, and Chris Sharrock. When asked regarding the biggest difference from being on Oasis and Beady Eye, he didn’t reveal a lot, just the fact that they didn’t miss having Noel that much. “Noel is nice to have around; he’s a great songwriter. We missed him as a person but I think Beady Eye did all right without him. Beady Eye might not have been as big as Oasis but I don’t think Noel is as big as Oasis,” says Liam. 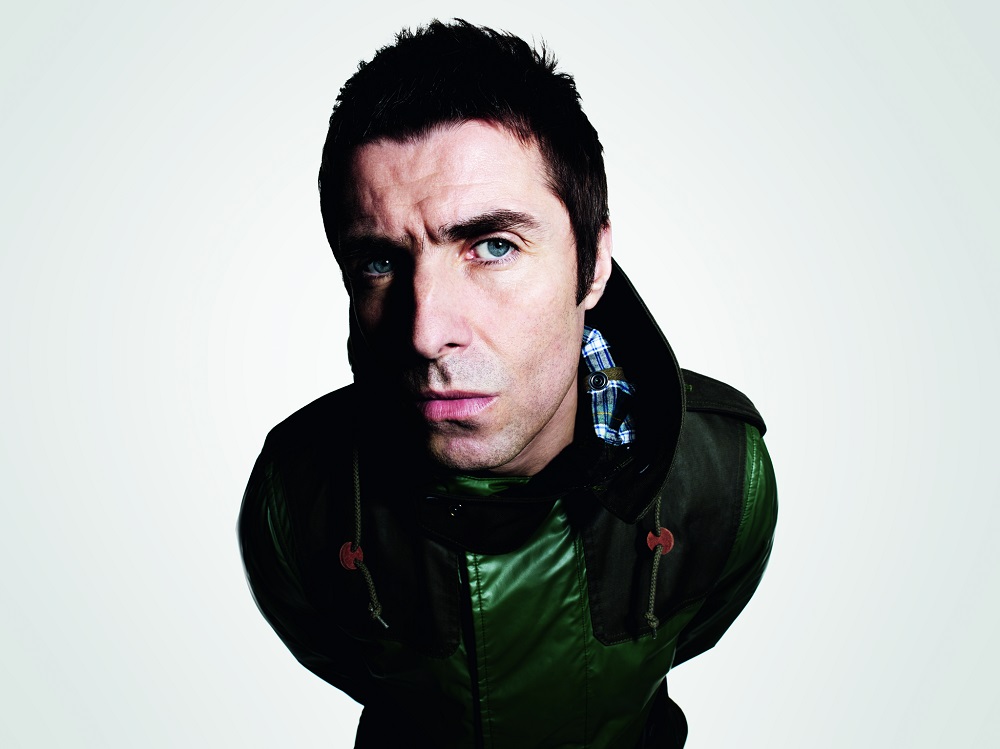 “It’s not about making a lot of money and selling out stadiums anymore, it is when you’re young, but it’s about being f**king happy now these days, isn’t it?”

Comfortably, but with a slight hint of anxiousness, Liam sat in front of the press, wearing an early prototype adidas Spezial tracksuit. He was in Manila for his Asian tour, in which he sang a bulk of Oasis classics and some of his new tracks from his solo album As You Were. This is the first time that he released an album as a solo artist but he said that it really doesn’t feel like he’s on his own since he still has a band to accompany him. He briefly discussed his first single from the record. “I wrote ‘Wall of Glass’ with Greg Kurstin and Andrew Wyatt, and we did it in L.A. We had it written, recorded, mixed, and sang all in one day. It was very quick. We did three songs in three days.” Looking all calm and collected, one might wonder how this rock n’ roll star tries to keep a sense of normalcy in his life considering that aside from the fact that he performs all over the world, in front of thousands of people, he’s also the founder and owner of a successful Brit apparel called Pretty Green, which as its site describes it, the label sells “simple and classic clothing with a modern twist” ranging from shirts, trousers, knitwear, shorts, parkas (of course), and clothing accessories. The brand recently released a Beatles collection commemorating the 50th anniversary of the band’s album Sgt. Pepper’s Lonely Heart Club. “I don’t go to famous parties, I don’t hangout with celebrities. I’m not part of the f**king disease. My girlfriend and I would have early nights, we stay in and we don’t go out. We did that in the ’90s but it was boring back then. I just want to live a quiet life when I’m home. I go to Heathrow for walks. That’s how I keep it in my head. This is all cool—singing songs, gigs, and interviews, but after that, I’d rather have a nice, quiet drink in the corner with my mates, and my girlfriend,” he explains. Liam was in the mood to share more about As You Were, what he value most now, and whether he’s up for an Oasis reunion. Read on.

“It just goes to show that they’re all f**king boring everybody else, all these sad, so-called rock n’ roll bands out there if they’re still f**king looking for 50-year-old men to get back together. Oasis was a good band. We had good songs. And I don’t think we should have ever split-up.”

SOME SAY THAT YOU’RE THE LAST LIVING ROCK LEGEND. WHAT CAN YOU SAY ABOUT YOU THAT A LOT OF PEOPLE DON’T KNOW YET?

Liam: I don’t know about that. I guess it’s just because everyone is a bit boring. There should be more of me out there. I think everyone knows pretty much everything about me. I think it’s a natural thing, I don’t feel like it’s wrong or right, it is what it is.

SINCE YEARS HAVE PASS ALREADY AND YOU’VE GONE THROUGH MORE MATURE CHALLENGES. WHAT’S YOUR IDEA OF MADNESS NOW?

Liam: It’s not mad anymore; it’s still a bit crazy. As you get older, you just have to chill out a bit. You just take it easy a little bit more. 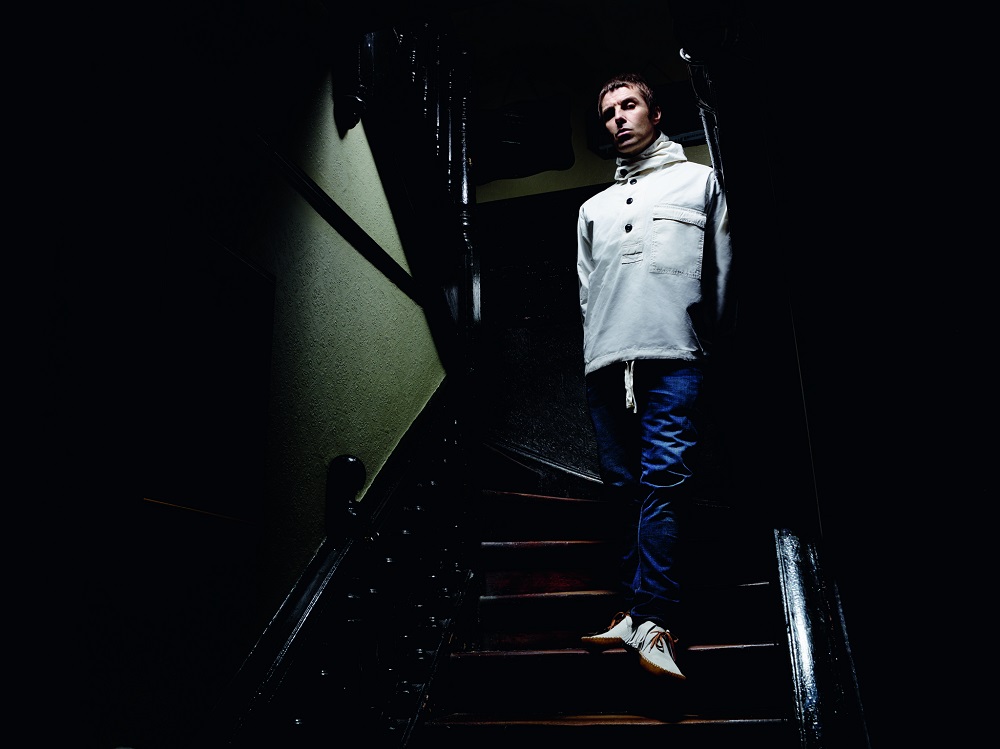 “This is all cool—singing songs, gigs, and interviews, but after that, I’d rather have a nice, quiet drink in the corner with my mates, and my girlfriend.”

WHERE WOULD YOU BE FIVE YEARS FROM NOW?

Liam: I’d be 50. God knows. As long as I’m healthy and I can still sing, I’d be very happy, and that the people that I love are still alive and well. It’s not about making a lot of money and selling out stadiums anymore, it is when you’re young, but it’s about being f**king happy now these days, isn’t it?

ARE YOU CONFIDENT ABOUT GOING SOLO?

Liam: Definitely, but maybe not the songwriting because writing songs are all new to me. I’m starting to crack the code in that, but with a bit of help from a few friends, we can make a good record. But as a front man, as a singer, I’m f**king confident, without a doubt.

WHAT DO YOU THINK ABOUT THE CONSTANT CLAMOR FOR AN OASIS REUNION?

Liam: It just goes to show that they’re all f**king boring everybody else, all these sad, so-called rock n’ roll bands out there if they’re still f**king looking for 50-year-old men to get back together. Oasis was a good band. We had good songs. And I don’t think we should have ever split-up. I get why people want it, the different generations that never got to see us. And while we’re still alive, why not make it happen? Anything can happen, at some point, but we’ll see.

IF YOU SHOULD REUNITE, DO YOU HAVE ANY CONDITIONS?

Liam: No conditions. I sing the songs, Noel should stand over there, mate. When it was that way, it was f**king good. When he started doing my job, it all went downhill a bit. Stand over there, play your guitar, do a couple of f**king back-vocals and let me do my gig. 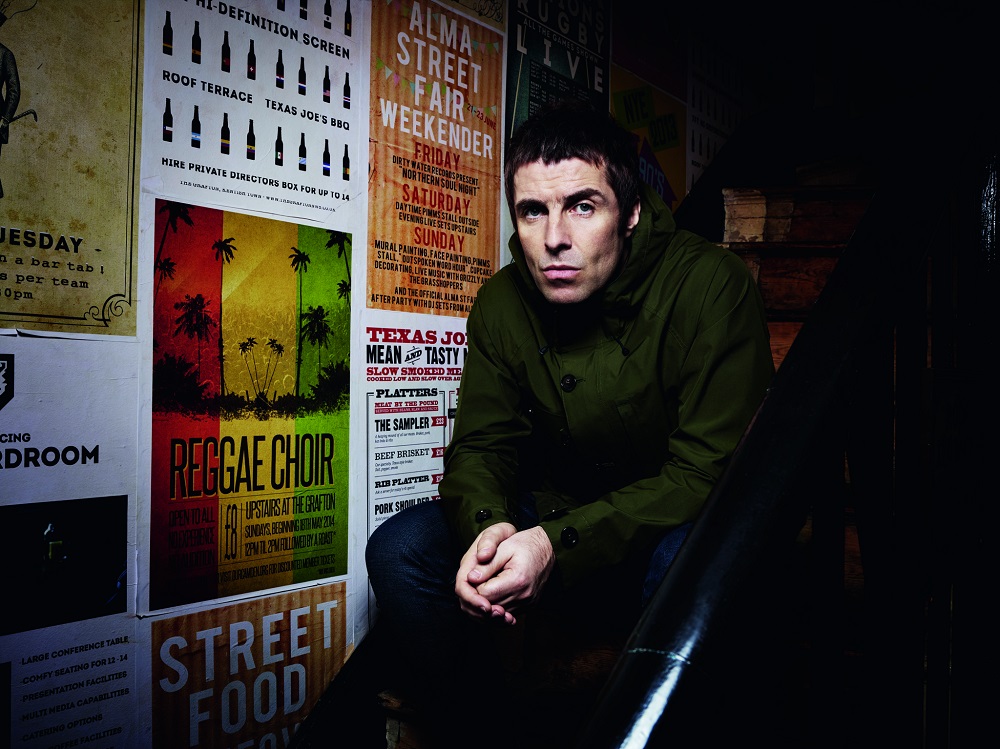 “Rock n’ roll saved my life and I would never ever make other form of music except for rock n’ roll music because it’s been good to me and I’ll be good to it.”

WHO DO YOU THINK ARE THE GREATEST BANDS TO COME OUT OF ENGLAND?

Liam: Number one would be The Beatles. Oasis was a good band but what The Beatles did for years, no one will do ever again. Today, there’s so much technology and people can’t still get it f**king right. Maybe after that, The Sex Pistols. I’d say Oasis would probably be in the top ten, secretly I’d say we’re the best but there’s still the Rolling Stones, The Kinks, The Who, there are still a lot of good bands. As long as Oasis is in the top ten, I’d be happy with that.

WHAT DO YOU LIKE MOST ABOUT TOURING AS A SOLO ARTIST?

Liam: When you’re on your own, you get to call your own decisions. Record sleeves, this and that, when I was with Noel, he would do all of that.

WHAT DOES ROCK N’ ROLL MEANS TO YOU?

Liam: Rock n’ roll saved my life and I would never ever make other form of music except for rock n’ roll music because it’s been good to me and I’ll be good to it.