“That’s top-secret information,” quips Interpol guitarist and founding member Daniel Kessler when asked about if they have special requirements in their tech rider. On tour, until early next year, NYC locals Interpol are pretty much engaged in promoting their latest studio album El Pintor. “We’re earning how to use the extra space gained with one less person in the room,” jokes Kessler. Since last May 2010, they’ve been down with one member as bassist Carlos Dengler left the band, leaving frontman Paul Banks doing double duties as the singer and bassist.

Seeing that it has been four years that they’ve had something new to offer, but busy doing their own individual stints, a lot felt the band’s absence. Banks, for a time, became Julian Plenti and released an EP, while drummer Sam Fogarino debuted his side project Emptymansions with an album called snakes/vulture/ sulfate. It then looked like they went on hiatus, but Kessler says otherwise. “The break wasn’t all that long in reality. We toured the previous record, which was released mid-2010, until November of 2011. We only took a break in 2012. Then in early 2013, we started writing El Pintor. By October of the same year we began recording. What has been perceived as a long break was, in actuality, only a year. The rest of that time was spent working on our current release,” explained Kessler.

Moreover, the years spent on creating El Pintor brought out a different kind of hustle from the trio. “This was the first time we wrote and recorded as a three-piece, with no technology being utilized to replicate layers of texture and harmony. At times, it was very bare and raw. The songs revealed themselves straight away as good, or in need of more work. Taking this approach gave way to more honesty in what was being said sonically, musically. We felt like a band again—not bound to a sequencer playing back way too many keyboard parts,” confesses Kessler. “We pretty much only listened to the ideas being worked on throughout the writing and recording process of El Pintor and didn’t really listen to any other artist. However, I referenced some [David] Bowie here and there. He always has incredible players on his recordings,” he adds. 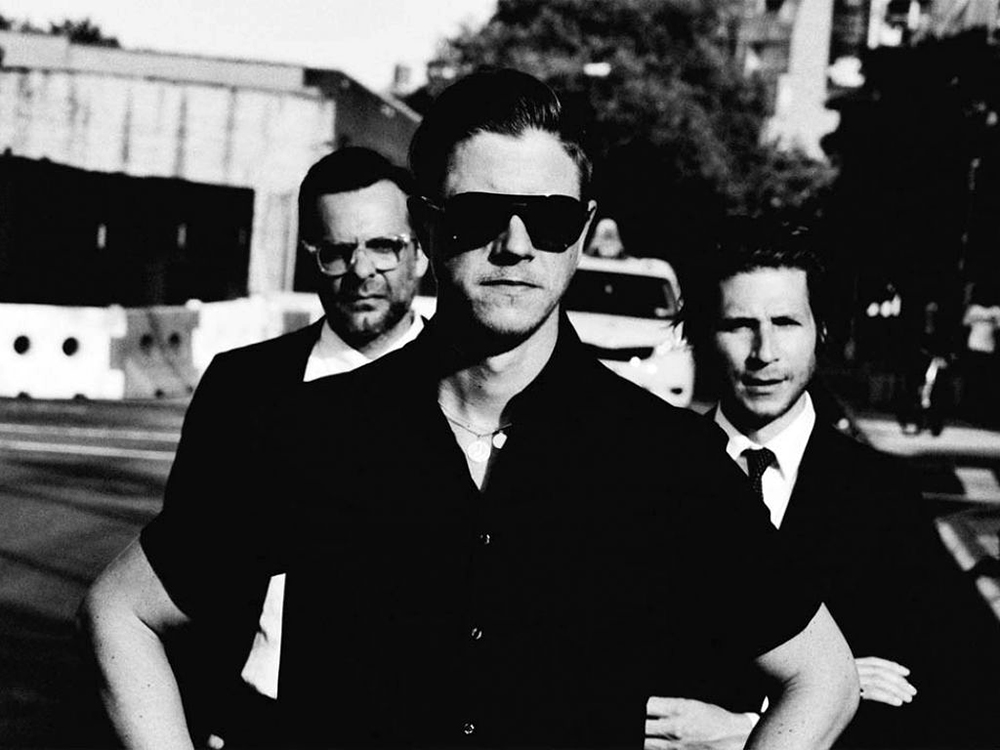 “El Pintor, when given a written or verbal description, only trivializes what can only be said musically. I simply tell people who’ve not heard the band to take a listen for themselves.”

El Pintor boasts of ten tracks under Matador Records, and was engineered by James Brown, known for his work on Foo Fighters’ album, Wasting Light. The album proves to be well-worth the wait for fans as NME proclaims, “It circles back around to the sonorous, tremulous sounds of Interpol’s glory days,” while Clash Magazine says that, “El Pintor is highly successful.” Amid all the praise, however, Kessler would like to believe that they really haven’t revisited their old sound, at least not consciously. “We were very much in the present as we wrote and recorded this new album.” The carrier single, “All the Rage Back Home,” shows that Interpol is indeed ready to ride the current wave. A strong and up-tempo track supported by a music video directed by Sophia Peer, renowned for her work with The National and Paramore, and along with Banks presents a polished and well-suited Interpol, as well as interlocking cuts on surfers riding extremely difficult waves—all captured in glorious black and white.

For now, the band is contented working amongst themselves in generating and perhaps getting used to the new chapter in their career. “None in particular. It always depends on what we’re working on, and how we might want a record to sound,” says Kessler when asked about his dream collaboration. There is a sense of anticipation from Kessler as they go through their tour and festival performances. “I’m excited to play of the new tracks! Out of pure excitement for that of which is new-ish.”

It’s difficult to penetrate through all NYC band stereotypes, but it’s pretty evident that Interpol is one of those bands who wouldn’t give a crap on the naysayers. As long as there are people appreciating their music, they’ll always be relevant. And with that, when asked how Kessler describes their new album, here’s what he has to say: “El Pintor, when given a written or verbal description, only trivializes what can only be said musically. I simply tell people who’ve not heard the band to take a listen for themselves.”