Tanghalang Pilipino’s Katsuri: Of Camaraderie and Our Present-day Situation

A must-see Filipino theater version of a John Steinbeck novel and here’s why.

After one saddening theater adaptation to another, I’ve decided to take a break from melancholy shows (actually, melancholy everything) for a while because there’s only so much that my heart can take. But there’s no regret watching the eye-opening and formidable Katsuri, the latest offering of Tanghalang Pilipino. From the moment I heard the melody of “Ili Ili Tulog Anay” when the play began, I knew this will inflict several emotions in me. 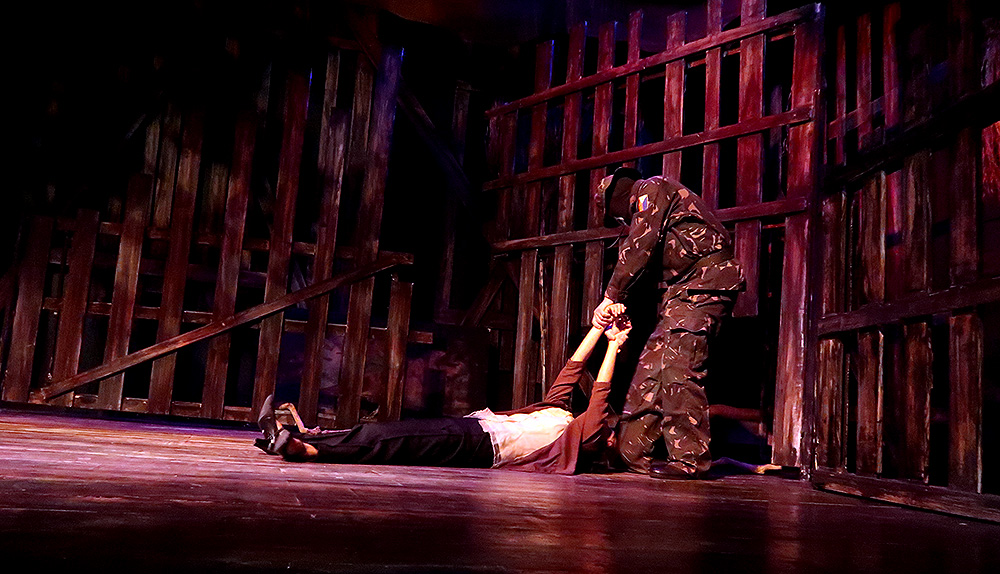 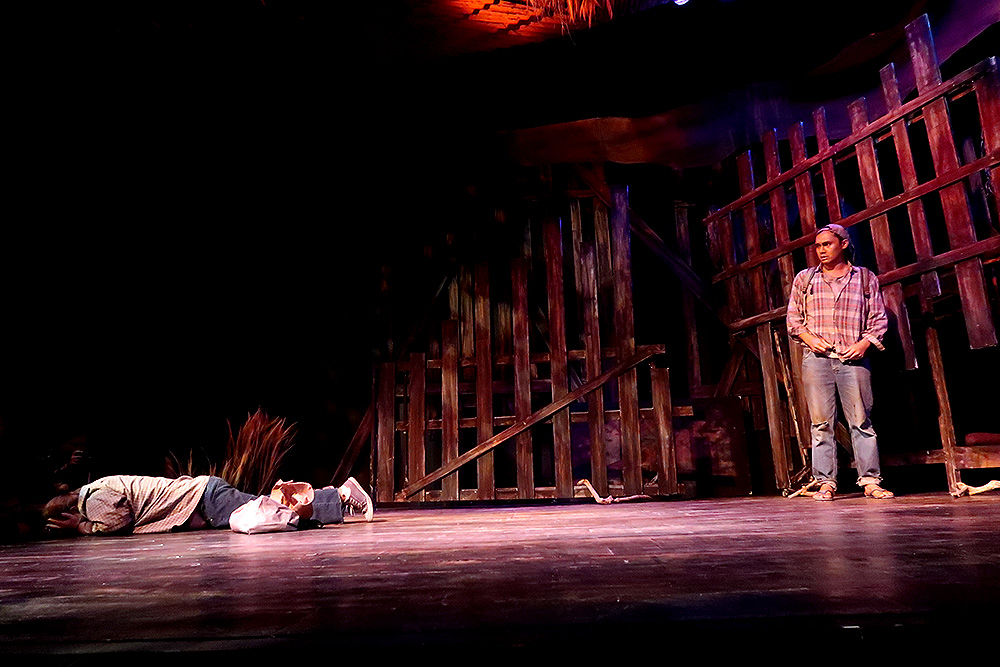 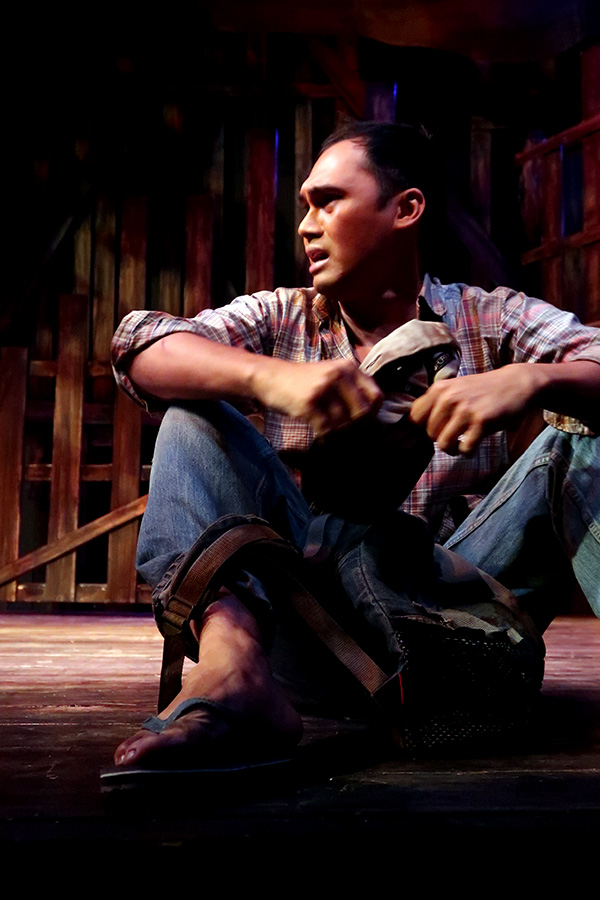 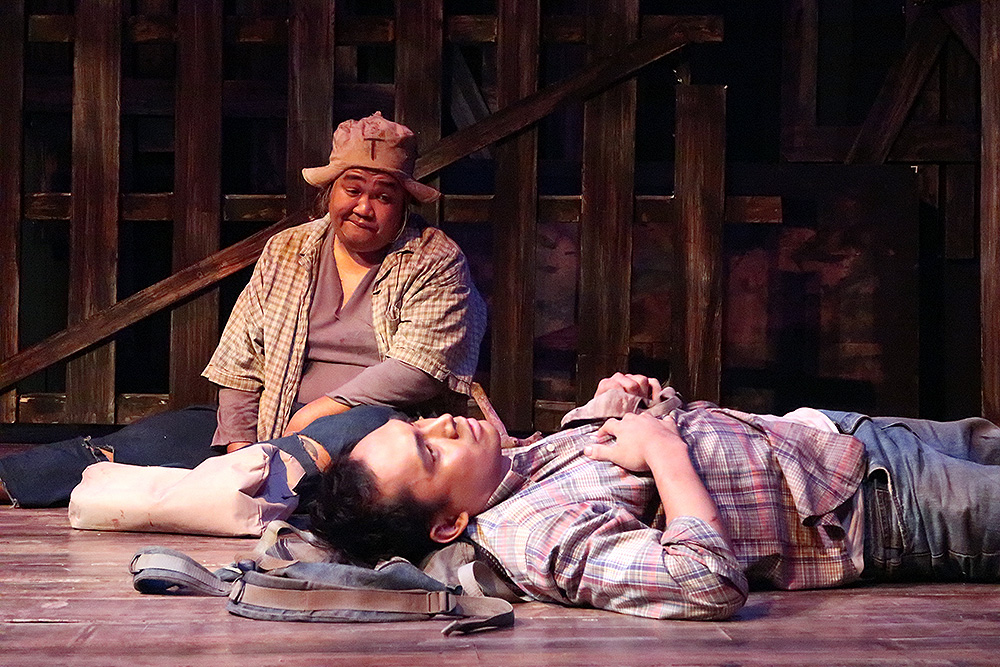 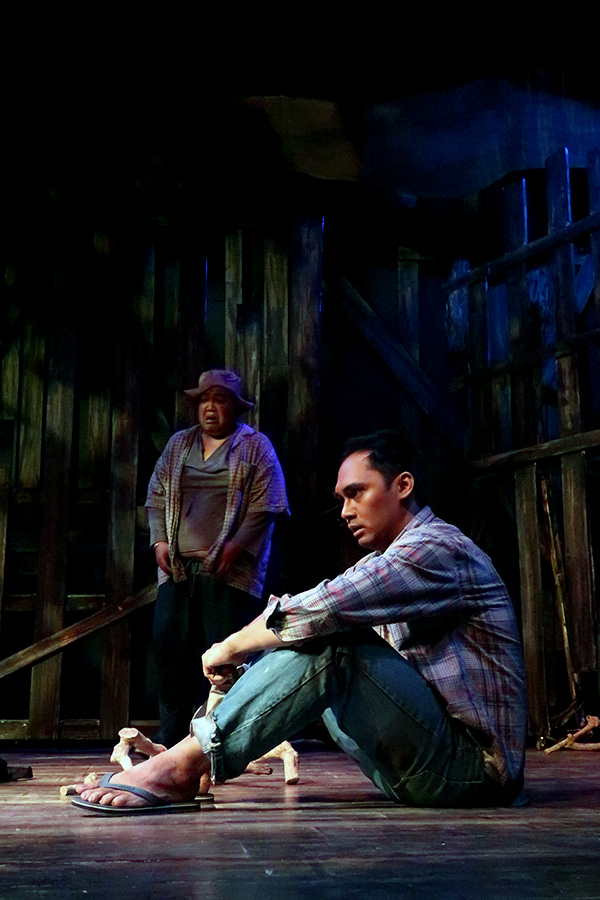 Katsuri is the Hiligaynon word for shrew. I’m not sure what’s the difference between a “tutuyo” from a katsuri but back when I was a kid spending my summer vacations in Negros Occidental, where my mother grew up, I would sometimes see a katsuri in our family’s pool; at an area where there’s still no water. Unlike a regular rat or a mouse, I noticed that a katsuri is timid; almost cowering and scared. Our house in Negros is in a farm and I think that’s why katsuris would go off course. Just like in the theater adaptation Katsuri, both George (Marco Viaña) and Toto (Jonathan Tadioan) were like shrews who would scurry from one place to another to look for a better place to settle-in to help them fulfill their dreams of living peacefully; with the hopes of having to work for no one. 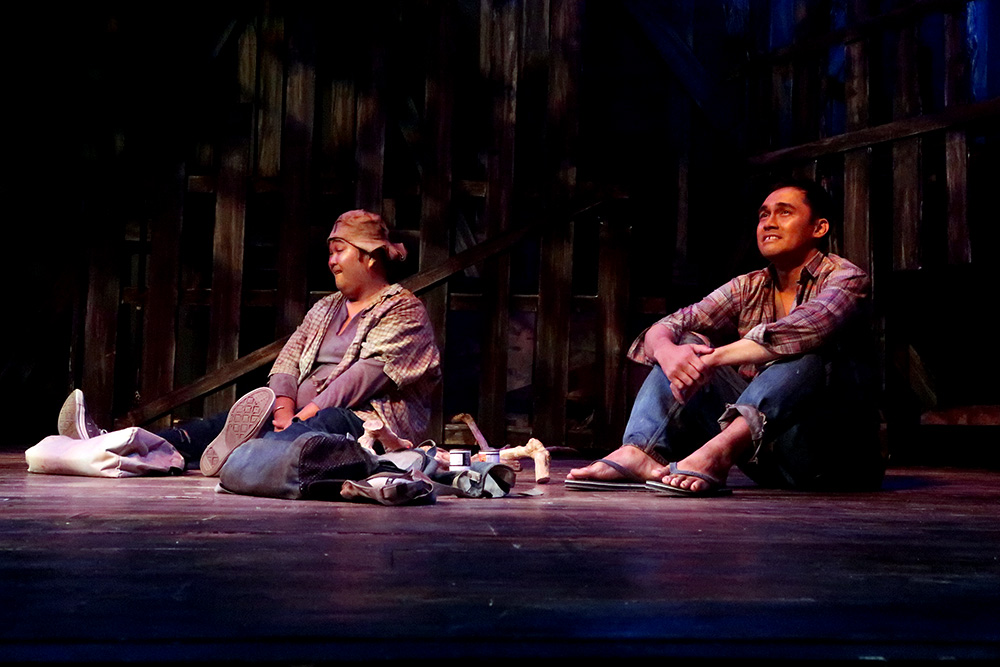 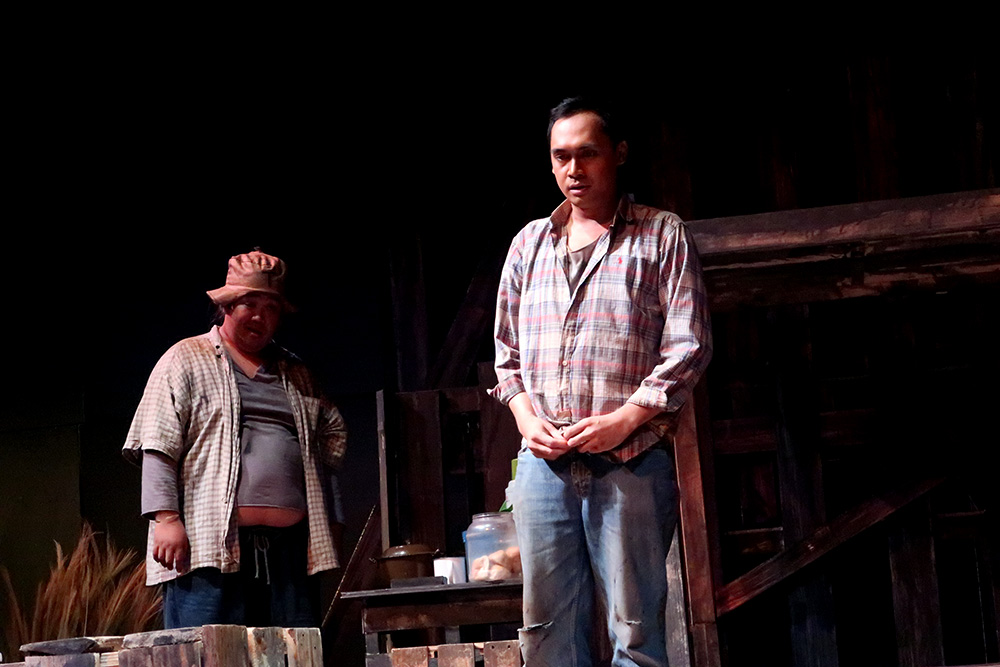 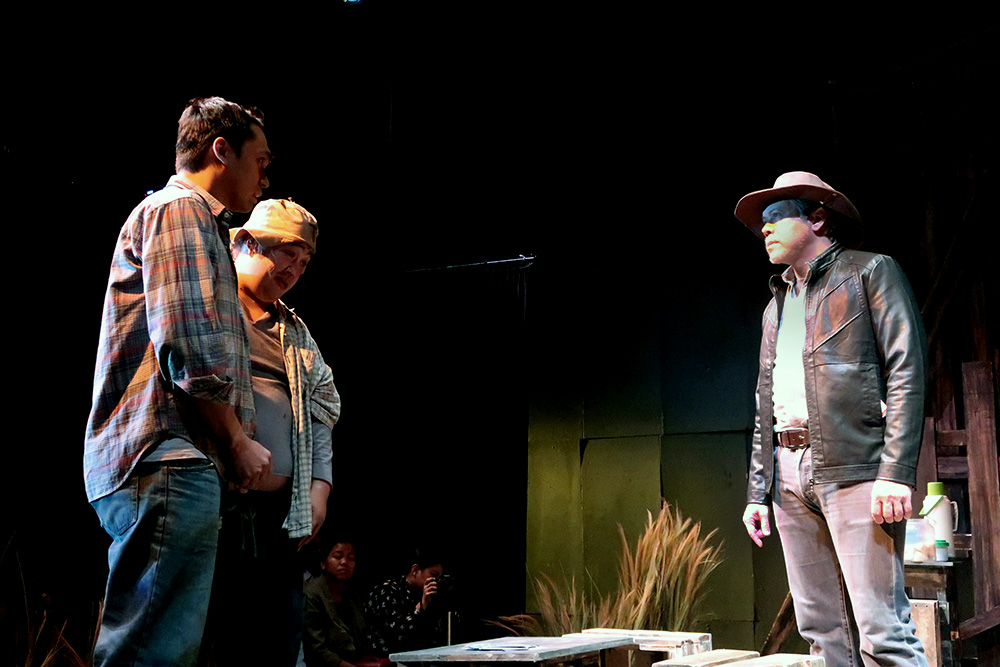 Katsuri is an adaptation from John Steinbeck’s Of Mice and Men and was translated by Ms. Bibeth Orteza, who also made the conscious decision to set this version in Negros. “Working on Of Mice and Men from English to Filipino, this translator felt that what was going on in Negros Occidental just couldn’t be ignored, especially after the assassination of Toto Patigas, activist and Bayan Muna candidate for Escalante City councilor, in the last elections,” says Ms. Bibeth in the play’s press release. This piece is directed by the award-winning Carlos Siguion-Reyna, whose last direction for TP’s Corionalo I was also able to watch and liked. True to the novel, Katsuri speaks of poverty, comradeship, discrimination, dreaming, loneliness, and tolerance. Ms. Bibeth and Direk Carlos’ version and vision to make it so relatable and close to home made it more heart-rending because you know it’s been happening and you can see it on the news. The play presents the fight for survival of the “sakada” (sugar plantation) workers in Negros. 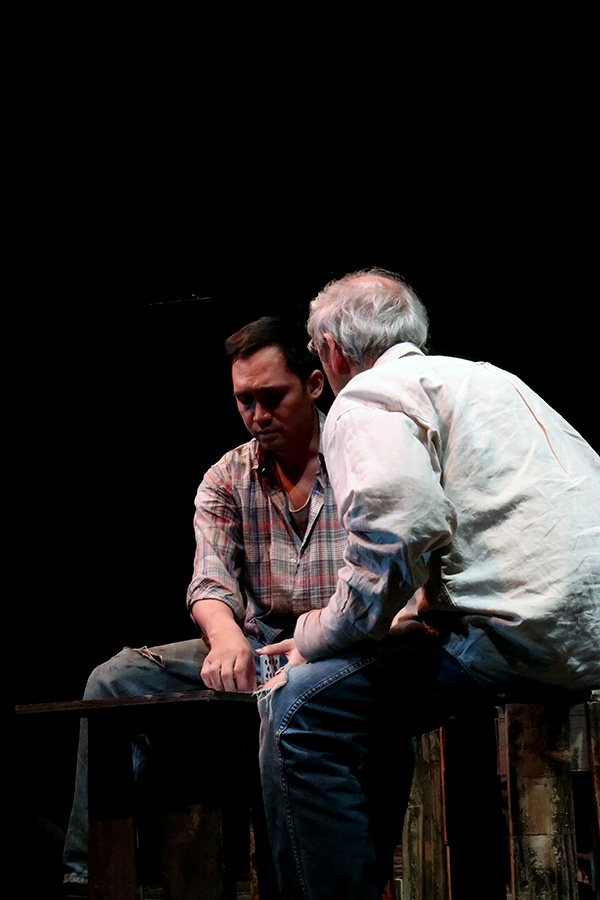 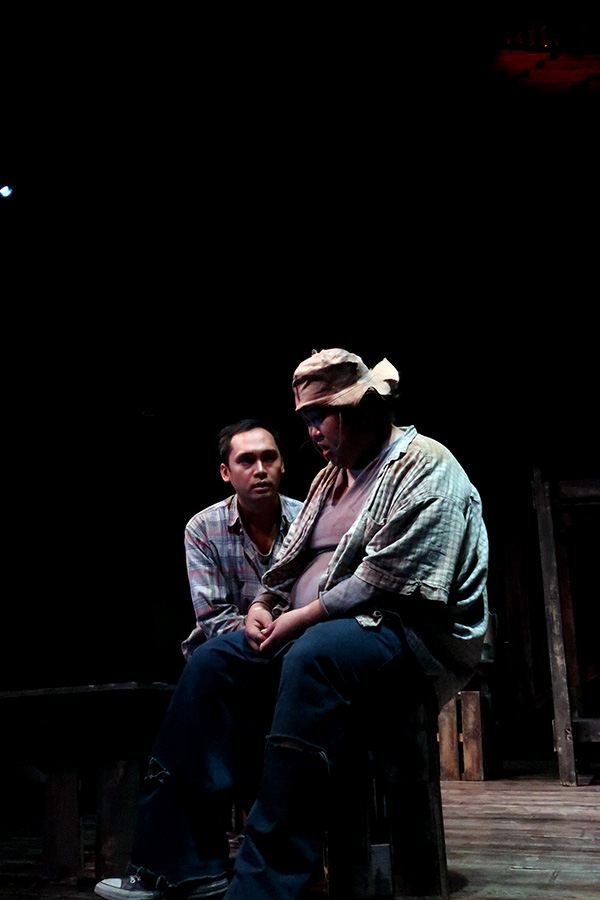 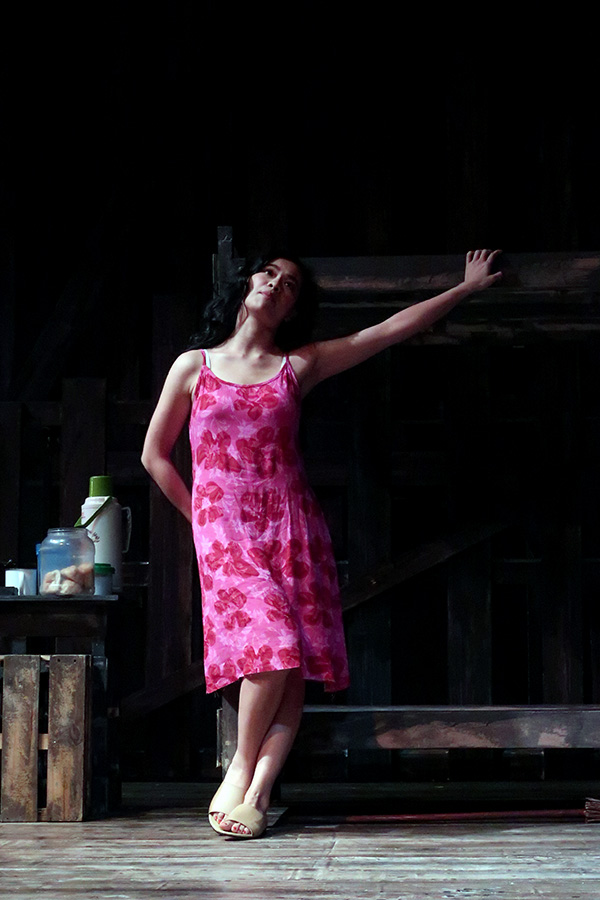 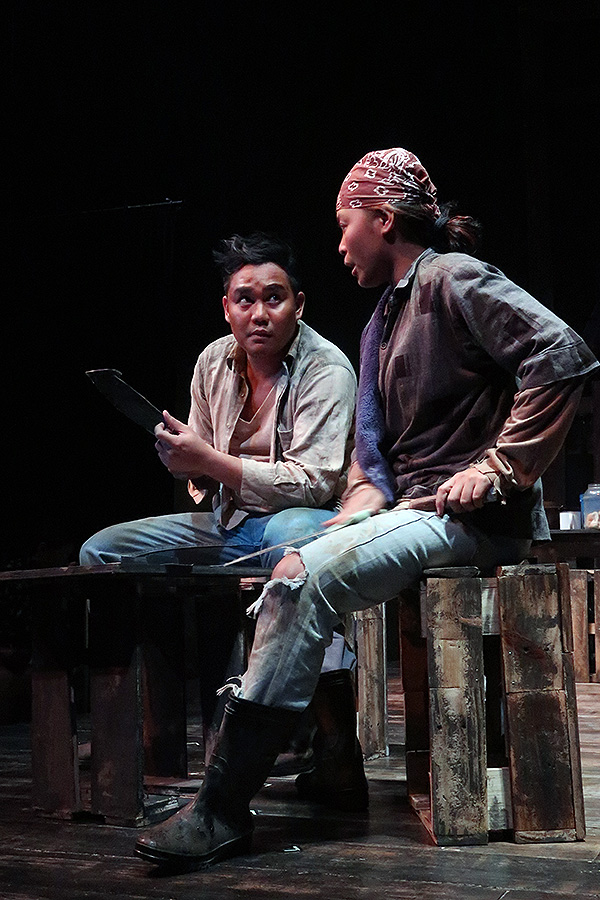 Katsuri’s main actors are Tanghalang Pilipino Actors Company’s senior talents Marco Viaña who plays George and Jonathan Tadioan as Toto. Ms. Bibeth changed the Of Mice and Men’s original character’s name from Lenny to Toto to honor the fallen Bayan Muna candidate who was supposed to be their point-person on all research in Negros for the play, as well as “toto” is usually the term used in Negros to identify a young man. The first time that I saw Marco’s theatrical performance that really stuck to me was in Ang Pag-uusig, the adaptation of Arthur Miller’s The Crucible and he was outstanding playing John Proctor that he was given the Male Featured Performance in a Play award in the 10th Gawad Buhay. And after seeing Tad’s performance as Toto, it’s safe to say that there’s nothing that this thespian can’t portray. You’d feel for George as he patiently tends to his mentally challenged friend and you’d empathize with Toto as he tries to be “normal” to avoid getting George and himself into trouble. The rest of the amazing TP Actors Company completes the troupe: Antonette Go (Inday), Lhorvie Nuevo (Carling), JV Ibesate (Payat), Doray Dayao (Atorni), Ybes Bagadiong (Nognog), Eunice Pacia (Monang), and Manok Nellas (Ensemble). Fitz Bitana, who plays Kulot, a character who has an intense Napoleon complex, is also part of the cast. Seasoned talents Michael Williams (Boss) and TP’s Nanding Josef (Tatang) are also part of Katsuri. The theatrical adaptation’s artistic team includes Ohm David for the set design, Dennis Marasigan for the lights, TJ Ramos for the sound design, and Daniel Gregorio for the costumes. 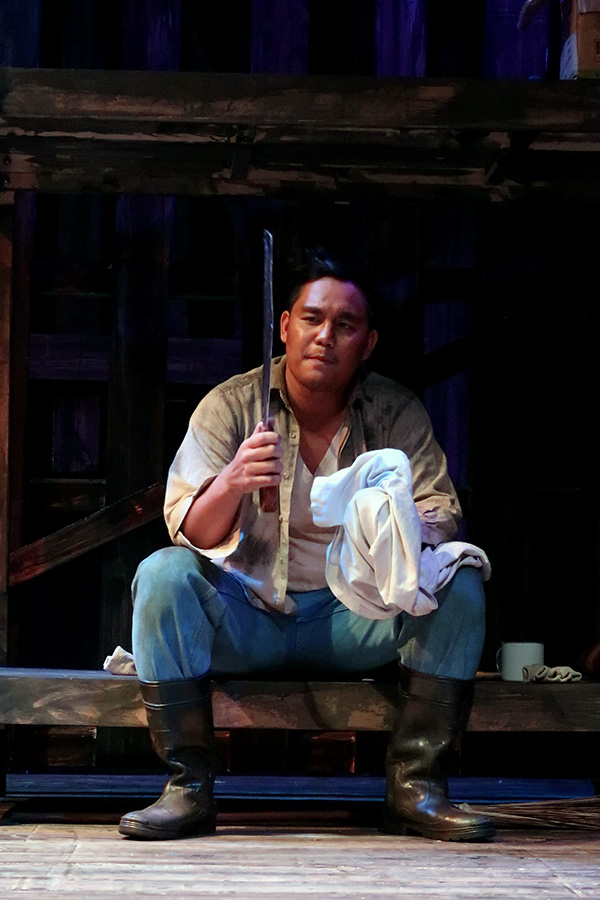 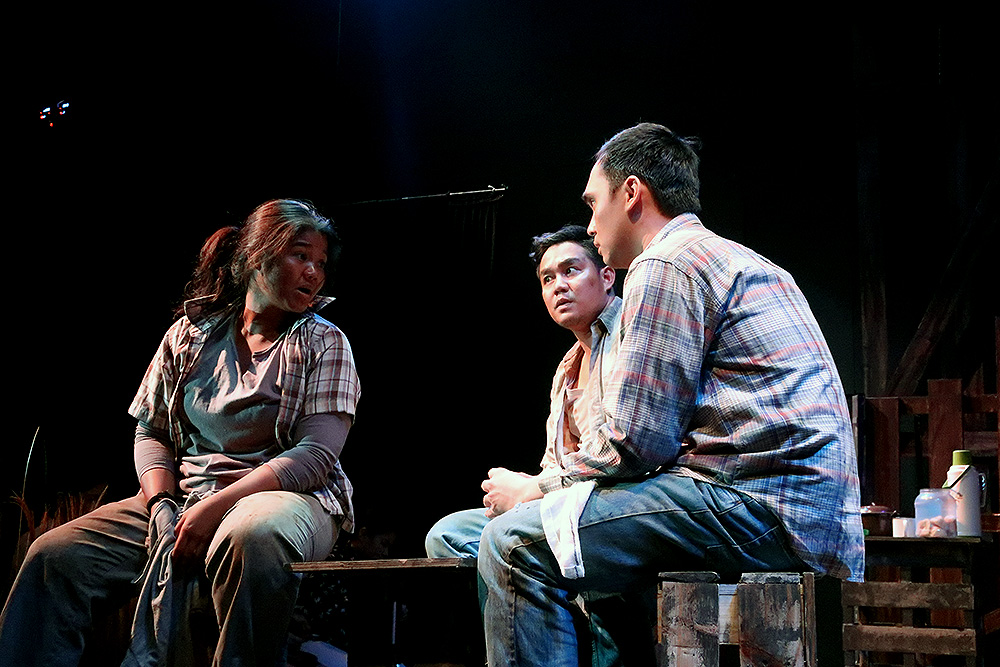 I got a chance to ask Ms. Bibeth a question after the play’s press conference in Quezon City. I asked her what people can expect from Katsuri, she replied “our troupe’s humble hope is that people who will watch the show will go out from the theater with thoughts on what contribution or help they can give in our current issues.” People need to catch this body of work because Katsuri has the potential to make you realize that our local farmers need all the help that they can get, that having dreams is vital, and that kindness and empathy still have a huge place in this chaotic world that we live in. 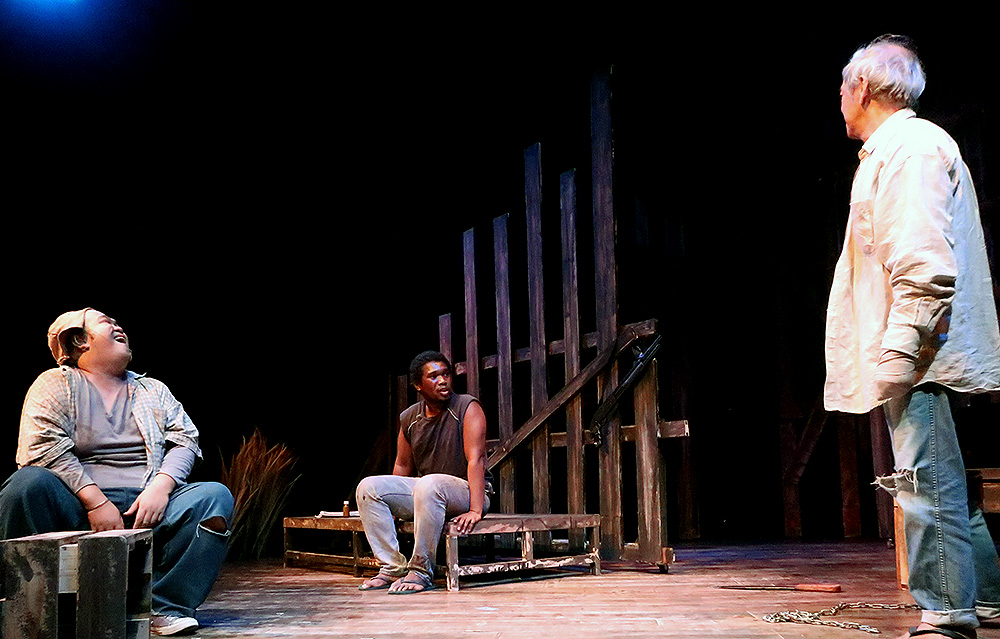 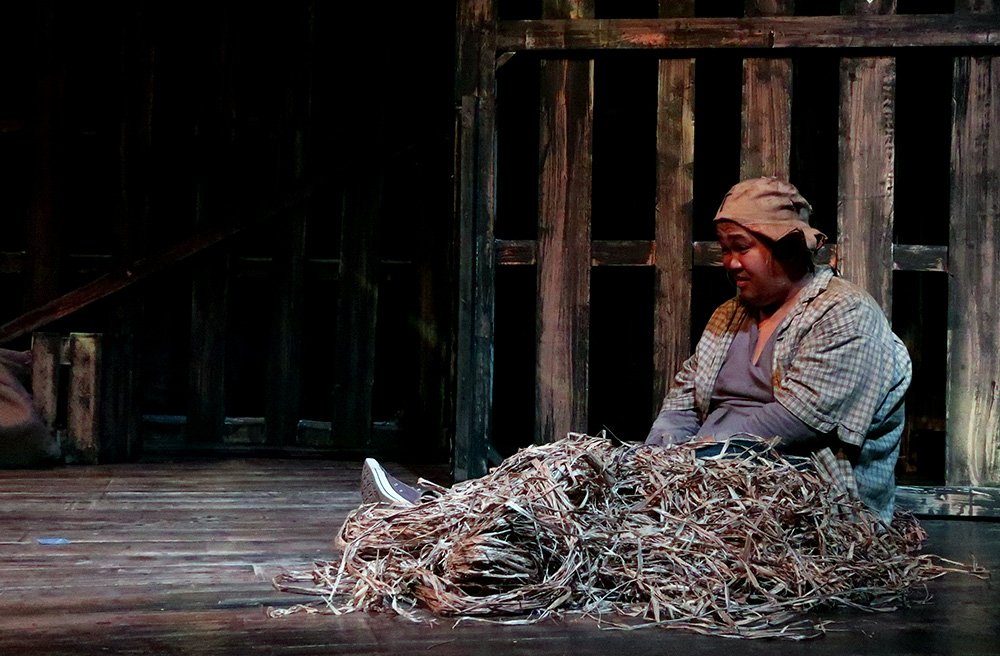 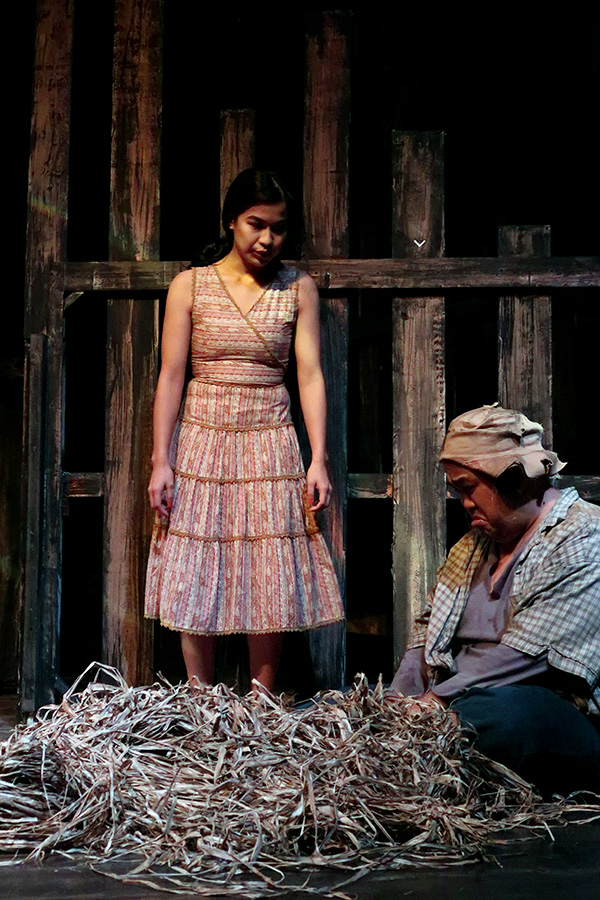 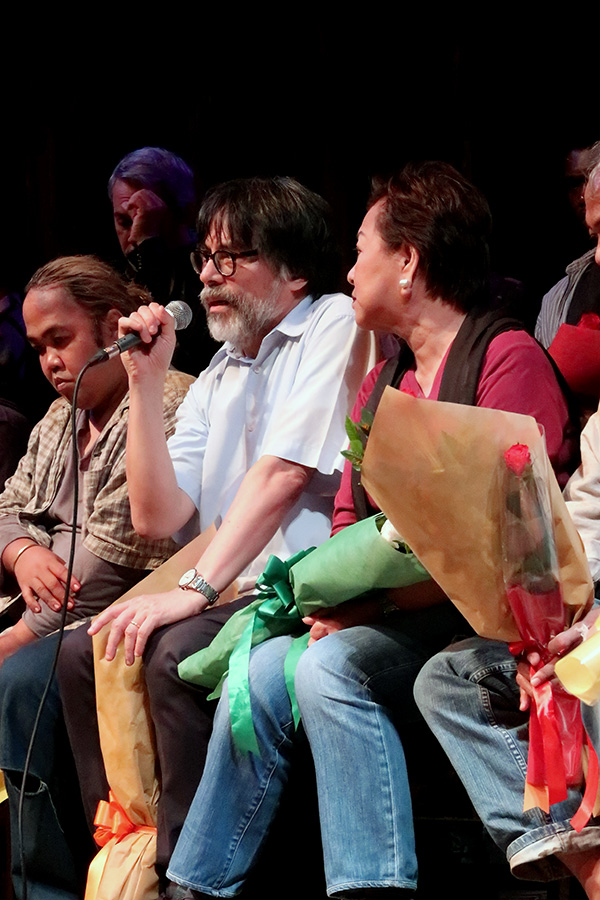 Katsuri will run until October 27, 2019 at the Tanghalang Huseng Batute at the CCP. For schedule and ticket details, visit the Facebook page of Tanghalang Pilipino.

All photos by me.